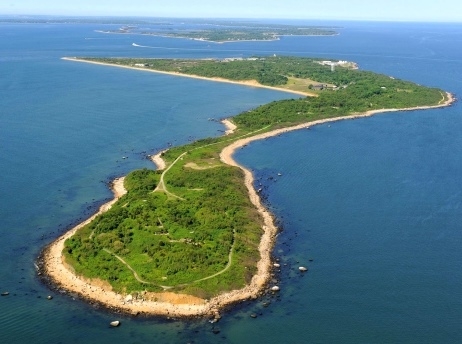 Located less than a mile from Orient Point, the tip of Long Island’s North Fork, lies the 840 acre, pork chop-shaped Plum Island. Well-known from Nelson DeMille's book of the same title and even more so because of the Plum Island Animal Disease Center ("PIADC") that exists there, this wildlife rich island is a vital stopover site and breeding ground for migratory birds, seals and other species. Unfortunately, its ecological resources are in danger of being lost. In 2008, Congress approved sale of parts of the island, with plans to move the National Bio and Agro-Defense Facility to another state. While the legislation required only the sale of those parts of the island that supported the PIADC and required government interests to be protected and government programs to be followed, the General Services Administration and the Department of Homeland Security are seeking to sell the entire island to the highest bidder, without measures to conserve or protect the government’s interests in preservation.

The approximately 90% of Plum Island that is undeveloped holds significant ecological and scenic sites.

In fact, Plum Island has been recognized as:

Wild Birds Unlimited of Syosset is proud to be a part of the efforts to protect this beautiful island as members of the Preserve Plum Island Coalition.

Court Battle:  A coalition of organizations, Save the Sound, Group for the East End, Peconic Baykeeper, and three individuals, filed a lawsuit in 2016 against the federal government to block the sale of Plum Island. They attained a good deal of success in 2018. The Preserve Plum Island Coalition, itself, is not a party to and not involved in the lawsuit. The parties argued that the Environmental Impact Statement (EIS) for the sale was inadequate, that conservation alternatives were ignored, and that the agencies therefore violated the National Environmental Protection Act, Endangered Species Act, Coastal Zone Management Act, and other federal laws in putting the island up for sale. Judge Denis Hurley denied the government’s motion to dismiss the lawsuit in January 2018, allowing the lawsuit to go forward. This alone was a victory and very encouraging.

Yet it gets better. In August 2018, after the ruling on the motion to dismiss, the federal government appeared to acknowledge most of the arguments: The General Services Administration (GSA) published a notice of intent to prepare a Supplemental Environmental Impact Statement (SEIS). The re-done document would consider a more detailed environmental study and analysis and is supposed to adequately address the provisions of the Endangered Species Act and the Coastal Zone Management Act. The GSA will start a new public process for input, analysis, and review in 2019.

The lawsuit plaintiffs are concerned that the new SEIS does not appear to be directed toward correcting the primary legal flaw in the original EIS process – the agencies’ failure to consider conservation or a conservation sale of the island as an alternative. The plaintiff organizations are continuing to advocate for that in the SEIS process and potentially through continuation of the lawsuit. The Morrison Foerster law firm is working with Save the Sound’s attorneys and representing the plaintiffs pro bono.
Legislation: In recent years, New York lawmakers have introduced bipartisan legislation to stop the sale of Plum Island, with limited success. In April 2017, Congressman Lee Zeldin re-introduced his 2016 bill to halt the sale of Plum Island, which passed the House last year but died in the Senate.
Local Government Support: In April 2017, Long Island’s East End Mayors and Supervisors banded together to issue Plum Island conservation request letters to New York legislators and Governor Andrew Cuomo. These followed a January 2017 letter from the village of Greenport urging New York Senator Charles Schumer to ensure the island stays in federal ownership.
Local Authority: In May 2017, all 18 members of the Suffolk County Legislature signed a letter sent to New York Governor Andrew Cuomo urging him to utilize the state’s authority to stop the federal government from selling Plum Island.
Coalition Support: As of April 2018, the Preserve Plum Island Coalition has grown to include more than 100 organizations fighting to see the island’s undeveloped acreage protected in perpetuity as a National Wildlife Refuge or preserve.